Somewhere in the neighborhood of 50 million Americans suffer from a ringing in the ears called tinnitus. That translates to about one in five residents of Morganton. A cure for tinnitus has long eluded scientists, but a recent, surprising breakthrough in mice has some excited for a potential solution for humans. 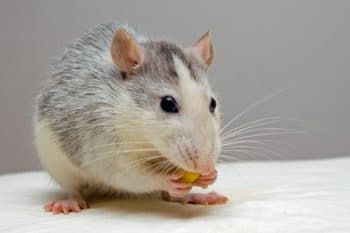 What are the symptoms of tinnitus?

Tinnitus is unique in that it affects each individual differently, not only in duration and intensity, but even in the sounds they report. It can be on occasional minor nuisance or a full-time distraction variously described as a ringing, hissing, buzzing, roaring, humming or clicking.

Is there a cure for tinnitus?

Tinnitus isn’t considered a medical condition but is instead described as a symptom of another underlying disorder affecting the hearing system. Without a cure, the best anybody can do is take steps to manage their condition; your Tucson audiologist recommends a variety of techniques, including avoiding loud noises, masking the tinnitus with white noise or other sounds to distract the brain, getting plenty of exercise and practicing relaxation techniques such as meditation and breathing exercises.

Sometimes, switching medications can help. All of these are stopgap measures, however – they won’t make your tinnitus go away; they simply make it less noticeable. Tinnitus sufferers frequently experience depression, stress, anxiety, poor sleep and memory or concentration issues.

What did tinnitus studies on mice reveal?

A team of researchers from the University of Arizona may have found a solution for people suffering from tinnitus and other hearing disorders, including hyperacusis and central auditory processing disorder.

Recent tests on mice provided the scientists with a clue about the origin of tinnitus and other hearing-loss related conditions; they discovered that inflammation in the auditory cortex – the part of the brain responsible for processing sound – led to these tinnitus-related symptoms.

By blocking a specific protein that causes inflammation, they were able to reverse the condition in the mice being tested – an unexpected but welcome discovery.

Does this confirm earlier results?

The results, published in the PLOS Biology Journal, confirm earlier studies that showed hearing loss caused inflammation in the auditory pathway, though its effect on tinnitus and other related conditions was unclear.

The researchers looked closely at the association between neuroinflammation (inflammation of the nervous system) and the auditory cortex in hearing-impaired mice to determine the role this inflammation played in tinnitus development.

Did researchers identify the underlying cause of tinntius?

Their experiments showed that a molecule called TNF-A (tumour necrosis factor alpha) interfered with communication between hearing neurons. When this molecule was blocked, they were able to treat and cure the tinnitus.

As with all medical research, despite promising early results, more research is needed before a similar treatment is greenlit for human patients. There could be unknown side effects or other issues requiring thorough investigation before any human trials are begun.

What should you do if you have ringing in your ears?

In the meantime, if you are experiencing tinnitus, your audiologist in Morganton can help you manage your condition and make the ringing in your ears less of a distraction. Call for an appointment today.